Alexander Calder, known as Sandy, was born in Philadelphia in 1898 into a long line of sculptors, being part of the fourth generation to take up the art form. Constructing objects from a very young age, his first known art tool was a pair of pliers. At eight, Calder was creating jewelry for his sister's dolls from beads and copper wire. Over the next few years, as his family moved to Pasadena, Philadelphia, New York, and San Francisco, he crafted small animal figures and game boards from scavenged wood and brass. Calder's interest initially led not to art, but to mechanical engineering and applied kinetics, which he studied at Stevens Institute of Technology in Hoboken, New Jersey (1915-1919).

Many artists made contour line drawings on paper, but Calder was the first to use wire to create three-dimensional line "drawings" of people, animals, and objects. These "linear sculptures" introduced line into sculpture as an element unto itself.

Calder shifted from figurative linear sculptures in wire to abstract forms in motion by creating the first mobiles. Composed of pivoting lengths of wire counterbalanced with thin metal fins, the appearance of the entire piece was randomly arranged and rearranged in space by chance simply by the air moving the individual parts.

He redefined sculpture by introducing the element of movement, first through performances of his mechanical Calder's Circus and later with motorized works, and, finally, with hanging works called "mobiles." In addition to his abstract mobiles, Calder also created static sculptures, called "stabiles," as well as paintings, mostly in gouache, as well as drawings, including illustrations for books, and prints, and was an inventive designer of jewellery. 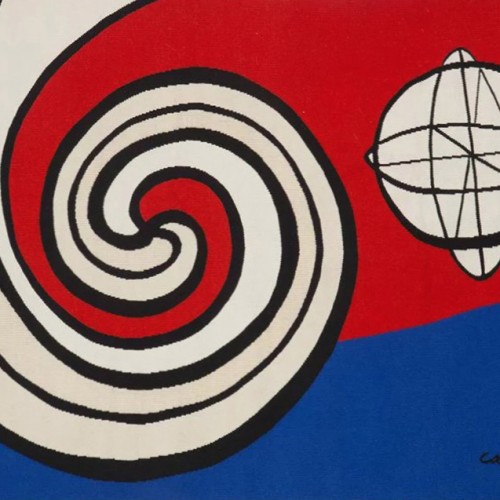 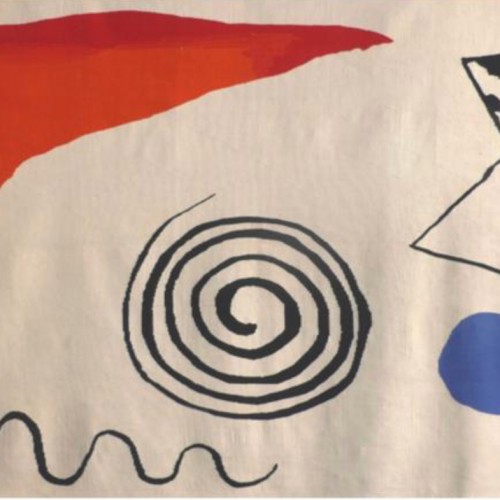 Spirale (not available at the moment) 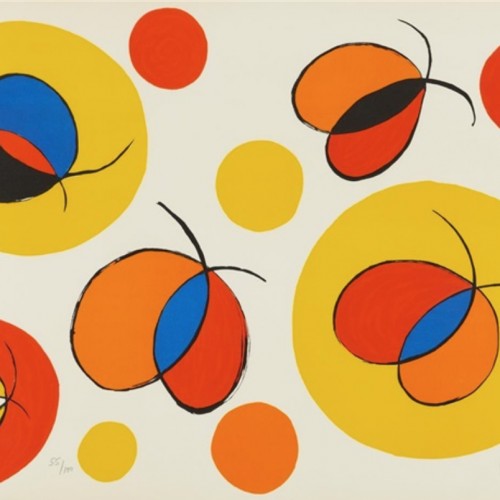 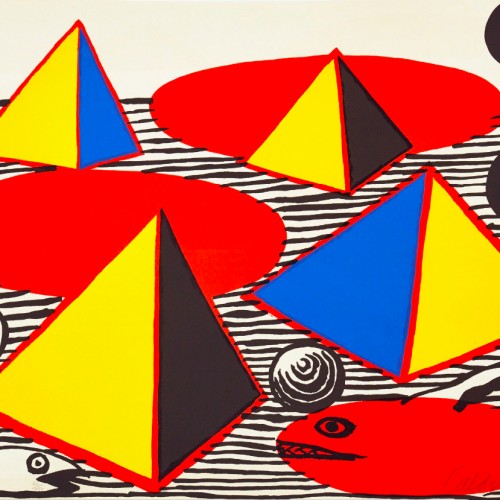 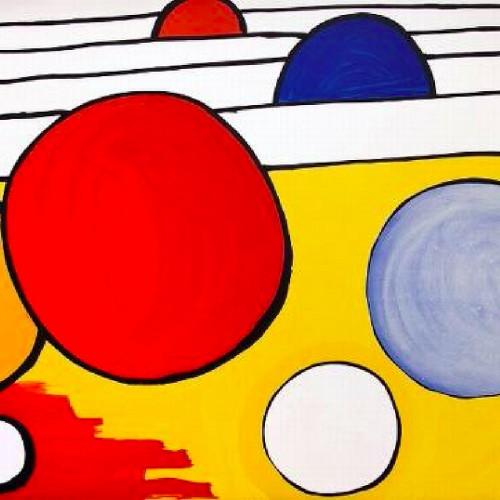 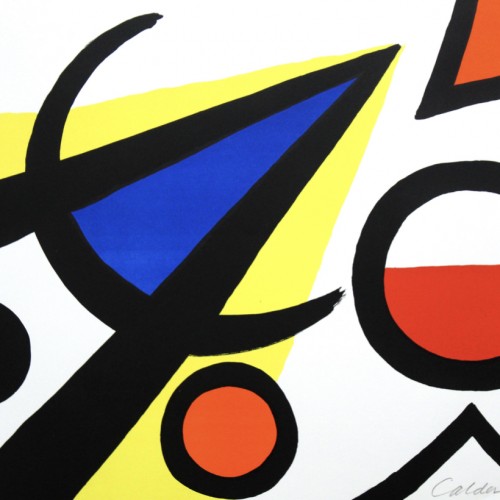 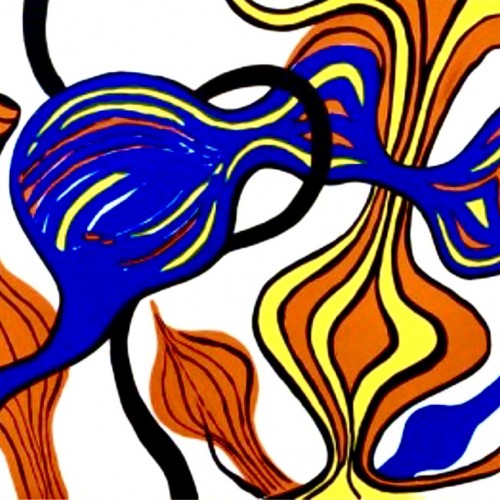 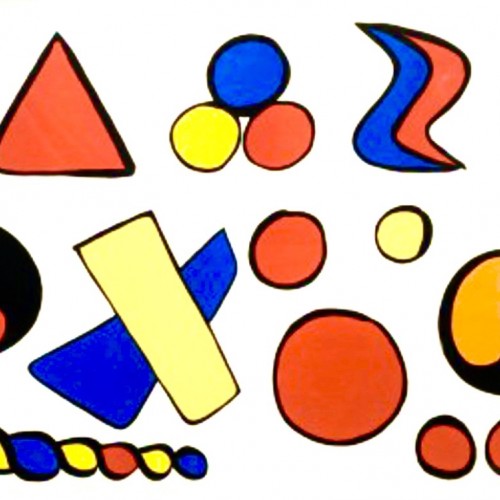 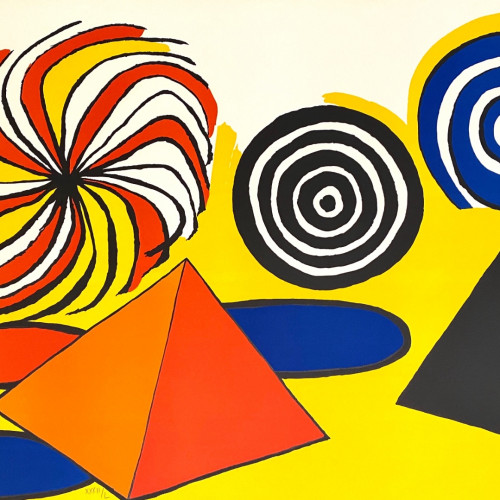 Lithograph in colors on wove paper, Hand-signed and numbered in pencil, c.1970