Born in Wettingen, Switzerland, into an artistically talented family, Evelyne Brader-Frank has been expressing herself through soapstone, bronze, and steel for over twenty years. Her dynamic male and female figures are celebrations of form and the beautiful stones from which they emerge. Fascinated with classical mythology, Brader-Frank titles her sculptures after personalities from Greek and Roman myths, looking for a match between a character and her feelings for the new sculpture.

In 1994, Brader-Frank moved to Alberta where she not only expanded her work into larger formats like bronze, steel and marble, she had the opportunity to further develop her skills by working in ice and snow.

On her work, Brader-Frank states: My sculptures are inspired by the human body.The style of the three dimensional figure I plan to create drives my selection of media. Stone is the warmest of all and this leads to statues that emanate life. Bronze allows me to bring out particular details, capturing the eye of the observer. Steel gives me the opportunity to express a most abstract observation of form and movement. The mirror polish gives the work a beautiful dynamic appearance and captures and reflects a striking play of light, colors and shadows. The viewer discovers himself and his environment in the sculpture, making him part of the artwork. 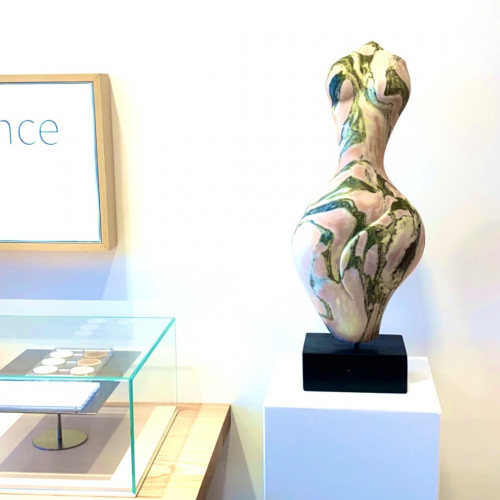 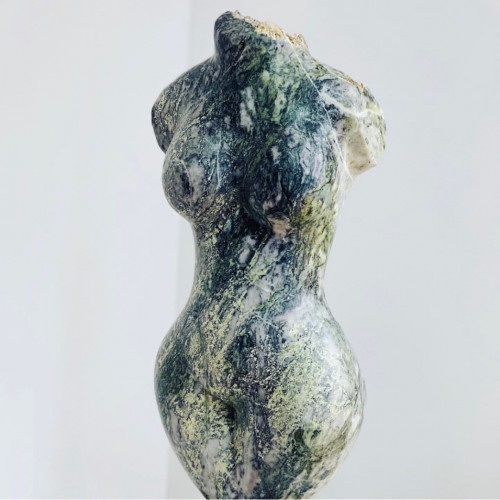 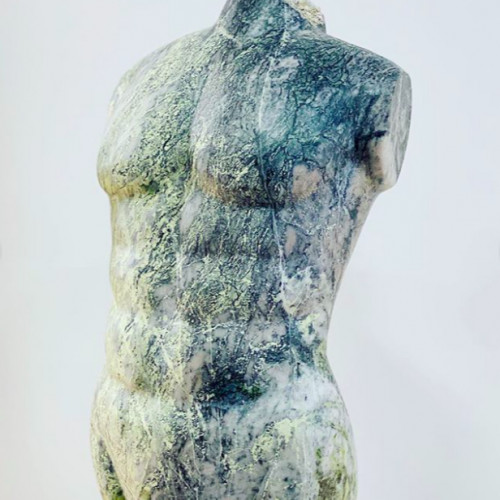 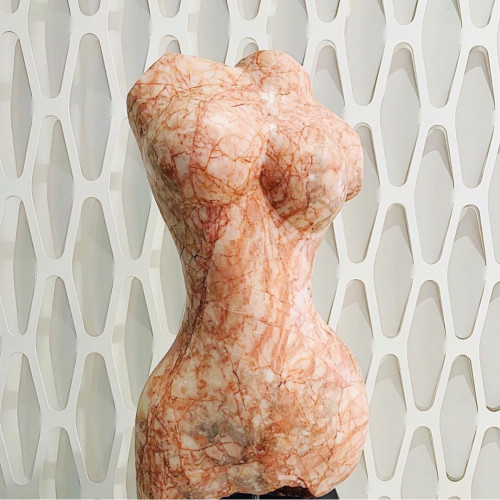 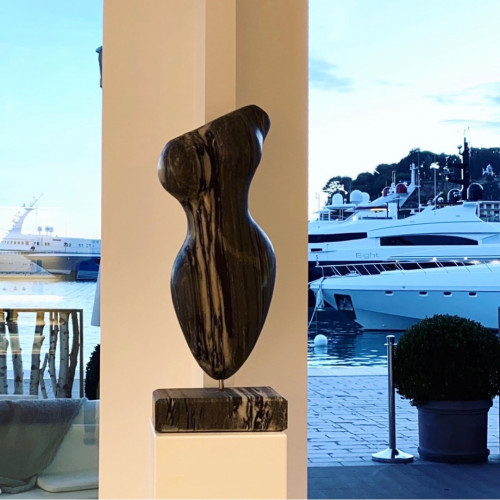 Gray, black and white Marble on a black basalt, 2019