Victor Vasarely (1906-1997) was born in Pecs (Hungary). He was a French-Hungarian artist credited as the grandfather and leader of the Op Art movement.

Utilizing geometric shapes and colorful graphics, the artist created compelling illusions of spatial depth, as seen in his work Vega-Nor (1969). Vasarely’s method of painting borrowed from a range of influences, including Bauhaus design principles, Wassily Kandinsky, and Constructivism.

His pieces are often depicted in contrasting colors and composed of clean-cut geometric forms. His style of monochromatic color fields or "color form" as he called it was very graphic and perfectly suited for tapestry. However only master weavers were capable of executing a total circle without producing the slightest deformation. "Circles as well as squares are Vasarely's specific design elements, bordering on the strict rules of mathematics," as his preferred weaver Tabard once said. Weaving had to be precise in both depiction of the circle form as well as the graduated color scheme.

In 1965, Victor Vasarely participated to the exhibition “Responsive Eye” (New York) wich dedicated the optical Art (Op Art). The man was interested in the physics, in the architecture, in the industry and wanted his universal language. In 1976, he created his foundation in Aix-en-Provence, and drew a building that concretized his conception of the art in the town. Vasarely set up a contemporary art center and a meeting and search lavatory for artists, architects and engineers. He has been celebrated in the biggest museums of the world. 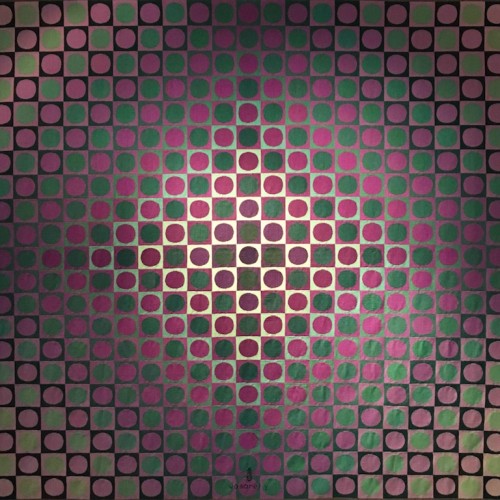 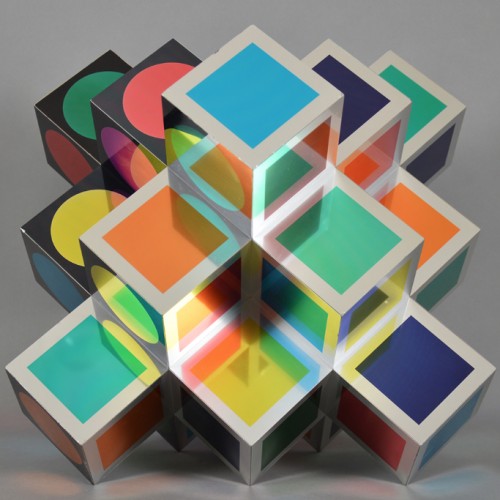 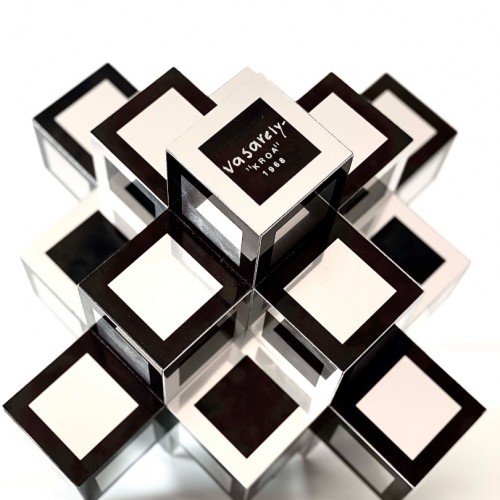 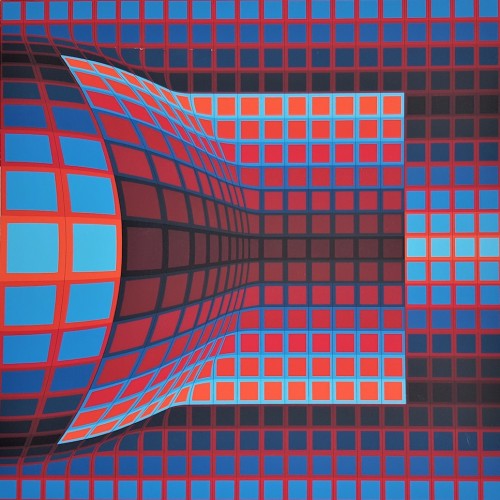